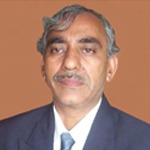 Astrologer Vipin Kapoor popularly known as Acharya (Sanskrit: आचार्य); highly learned man in astrology, spiritual Guru and the chief proponent of “Medical Astrology” from Himachal Pradesh, India. He is practicing this divine science of astrology for the last forty-two years. Though he is an M.A. Gold Medalist in Homeopathy, yet he preferred to choose Astrology as a profession. He is the founder of “Shri Saraswati Jyotish Research Centre” in Himachal Pradesh India and has gained worldwide recognition. He is well-known for his accurate predictions. Under him, there are many students who are learning this science and pursuing their profession as professional astrologers.

Astrologer Vipin Kapoor had the benefit of learning this science Medical Astrology/Vedic Jyotish from his ancestors who were practicing and doing research since decades on Medical Astrology/Vedic Jyotish. He is bestowed with a background of Ayurvedic science too and has learned this stream of medical science from his ancestors. Together with his knowledge in Ayurveda and Astrology, rather, to be specific in Medical astrology has further complemented each other.

Mr. Vipin Kapoor has a clientele spread across the world. He is a recognized world renowned astrologer providing solution to people of different age group belonging to different walks of life which include Students, Professionals, Film starts, Industrialist, Politicians and working as a residence astrologer for few Politicians/IT’s/Real Estate/Fashion & Hotel Industry and showing them the right path for their growth.

Astrologer Vipin Kapoor has done extensive research on medical astrology and has invented new technique in Medical astrology/Vedic Jyotish of diagnosing the exact physical disorder type on the basis of calculation of precise birth details. He collated many case studies and proved his technique/calculations in 1997. This technique has benefited many people who were suffering from such disorders which were not diagnosed. These physical disorders are cured by using various astrological remedial like Gem Therapy, Color Therapy, Daan’s, Yagya’s, etc.
Astrologer Vipin Kapoor is teaching and practicing astrology in Distt Hamirpur, Himachal Pradesh/India and also launched his new institute on March 2012 in Distt. Una, Himachal Pradesh/India were too, he is practicing and providing professional training on astrology.