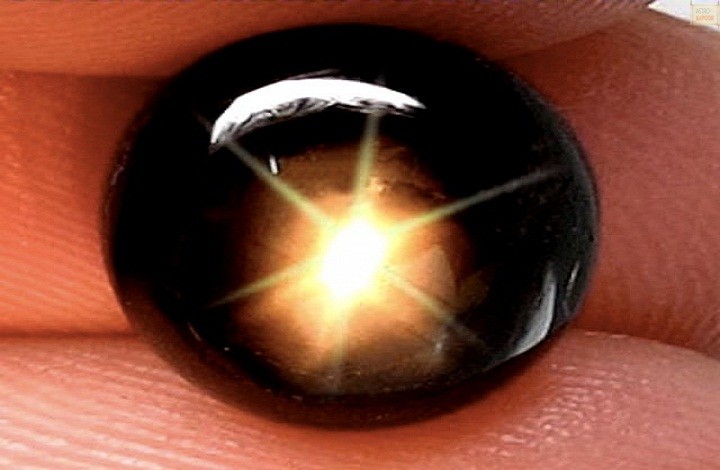 Star sapphire is rare variety of sapphire and it possesses a rare asterism under specific lightning. When it is viewed under a light, it shows as a six-rayed star on the surface. The effect can be best viewed under a direct light source and while tilting and rotating the stone from different angles. We can find aligned needles at varying angles that produce a rare phenomenon known as asterism. Star sapphires can range in colour between the various tones to pink and also yellow, green, lavender, blue star sapphire.

Sapphire is a member of the corundum family and it closely related to the ruby. It can be found in the red to pink-red gem quality. All corundum has a hardness of 9 and it makes them the hardest material on earth.

How to Identify Star Sapphire

Star sapphire can be distinguished from other forms of sapphire by its unique asterism. The six-rayed-star is clear under the natural light and it can also be viewed as a strong source of direct light. Chemically, star sapphire is an aluminum oxide and forms as trigonal crystal. The superior hardness and durability of the stone is nearly unmistakable.

The color range between various tones such as pink, orange, yellow, green, lavender, gray and black. The coloring agents present in blue sapphire are iron and titanium, and vanadium in violet to purple colored stones. A small amount of iron results in more yellow and greenish tones, while chromium produces fine pink to red tones. Iron and vanadium result in golden to orange tones. The most desirable color is a vivid, intense blue. Thai star sapphire is famed for its golden rayed star.

It is typically opaque and some finer specimens may exhibit slight transluceny. It owes desirable asterism and perfectly aligned needle-like rutile inclusions. The rutile inclusions in star sapphire is a silky luster.

Star sapphires are cut en cabochon and it has very high domes to maximize the desirable star effects. The best cabochons are transparent to translucent and have smooth domes of good symmetry. One should always look for roundness to the shape. Many star sapphires uneven tops or bottoms which is necessary for proper orientation.

If you’re   looking to buy natural star sapphire, then it is essential to ask for the certificate of authenticity before buying the product because there are lot of gem sellers in the market selling fake gems in the name of star sapphire.