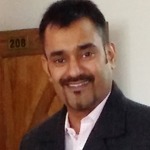 Prashant Kapoor is a world-renowned astrologer practicing this divine science since decades. He is one of the best and famous astrologer and currently practicing astrology in Delhi NCR.

Prashant Kapoor has the benefit of learning and practicing astrology under the ingenious guidance of his father Astrologer Mr. Vipin Kapoor who is in the series of top best astrologers in India as Medical Astrologer and Vedic Jyotish.

He, as an expert Vedic astrologer and spiritual healer, offers guidance to couples, individuals, families, and groups who are dealing with issues that affect their mental health and well-being. His main aim is to approach his clients holistically, which empowers and encourages the client’s strengths.

Mr. Prashant Kapoor is practicing as a Vedic Astrologer has 27 years of experience in Vedic Astrology, Medical Astrology, Vedic Jyotish and very importantly provides a guaranteed solution for azoospermia, infertility, Impotency Cure and Treatment with the help of Medical Astrology and Vedic Jyotish. There are various azoospermia, infertility, and Impotency cases that Mr. Prashant Kapoor has successfully solved which were not curable by medical science.

Mr. Kapoor stands out with a difference in the field of Vedic, Corporate and Medical astrology due to his knowledge, expertise, accurate predictions and remedies. He grew up learning nuances of astrology from the age of fourteen and has been nurtured over a long period of time. He not only dived deep into the study of specification of this science but also honed his skills and enriched knowledge with every major-minor aspects of lakhs of real-life case studies.

He is in software industry by profession and in astrological consultation by passion, that is why his calculations, predictions and consultation hold a practical and analytical approach which makes the best use of this divine science to guide people live a better life. Mr. Prashant Kapoor believes that this science should not be followed blindly expecting miracles to happen without any efforts but as a torchbearer to pave way for smooth run. As a Vedic and Medical astrologer, Mr. Prashant Kapoor addresses the concerns with quality and care and also enable his clients learn how to make informed and healthy decisions about their relationships, life and their future keeping astrological calculations in mind.

Astrologer Prashant Kapoor is known and famous worldwide as a medical astrologer. He has clientele from various parts of the world. Prashant Kapoor who is best as a Vedic Astrologer provides astrological services to the people belonging to different sectors and different stages of life including Students, Professionals, Film stars, Industrialist, Politicians. He has given his invaluable guidance to a few Politicians. As a corporate astrologer, he is constantly giving solutions to people belonging to /IT’s/Real Estate/Film Industry/Show Business, Fashion & Hotel Industry and thus guiding them the right path for their growth.

Prashant Kapoor has predicted more than 12 million/natal chart and creates a database of all the horoscopes/natal charts. The details of horoscope/natal charts he archives as case studies, especially the cases of people who were suffering through chronicle diseases and azoospermia/Fertility/Impotency problems which were not curable by medical science, however using remedies given by him, people could get rid of their chronic diseases and the childless couple became parents.

Astrologer Prashant Kapoor is also operating from Mumbai and Chicago and has a permanent residence in Vasundhara Enclave (New Delhi) near Sector 7 Noida. He is practicing astrology from Vasundhara Enclave/Noida, New Delhi for four years and providing professional training for astrology and also have an export business of gemstones.

Being a Software professional, Prashant Kapoor’s techniques of prediction is entirely different from other Astrologers, it is more aligned to scientific calculations. He calculates the degrees of the Planets that affect one’s Horoscope. He calculates the maturity of the degrees of the Planets, especially to find if these in the stage of early years. His approach is completely scientific and hence his predictions are very reasonable and logical. Technique he has developed for predictions are based on essence of Vedic Astrology, which is the core of Indian astrology. Though he has a group of students but he is very often called for providing training to the professional astrologers.

He is founder director of AstroKapoor. He established AstroKapoor as an independent organization to reach out people in a convenient manner through online and telephonic consultation and help/guide them in a better way keeping their specific problem in mind rather than giving a general predictions and solutions. Gemstones are an inseparable part of astrology. To make it easier for his clients, he established his own gemstones manufacturing unit in Thailand, Rajasthan and Gujrat to provide best quality gemstones on affordable price through his online shopping services. Astrokapoor has the maximum number of products worldwide. AstroKapoor.net is the online store which is on the top of the list as No. 1 website for providing services with maximum number of products. It also holds monopoly in buying raw gemstones from various mines so that they can provide clients with authentic gemstones at reasonable prices. It is also a wholesale gemstones provider to many organizations. Mr. Prashant Kapoor’s sincere efforts to provide his clients one stop destination for all the services under one roof proved to be extremely successful and Astrokapoor is ranking No one in its field.

You can also connect with Vedic Astrologer: Prashant Kapoor on following public portals: