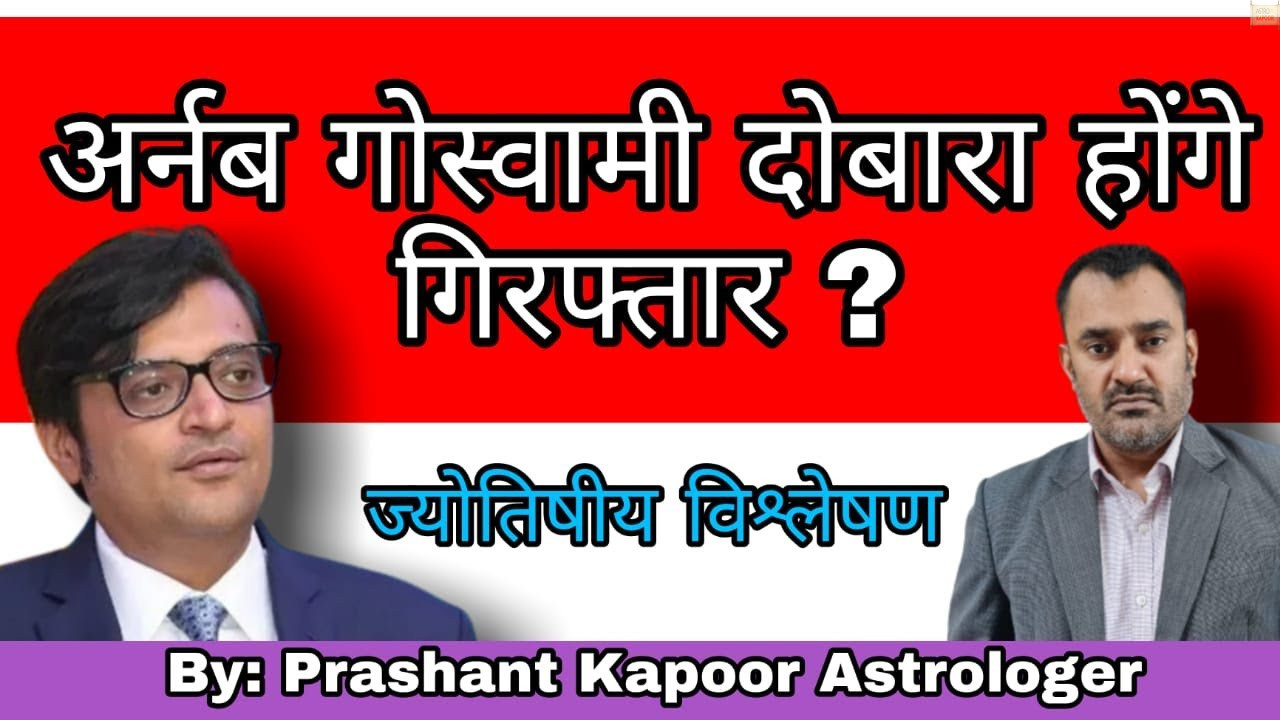 Arnab Goswami to Get Arrested One More Time? Legal Hurdles to Trouble Him Again? by Prashant Kapoor

Today, we’ll be doing some astrological analysis if Arnab Goswami will get arrested again? Partho Das Gupta got arrested on 24th December in some other case on a TRP matter.

The videos I have shared on Arnab, Maharashtra Govt. or Sushant Singh Rajput are all interconnected with each other.

So, the question is, what stuff was mention in the chat. it was mentioned that something big is going to happen and that was the time when the Indian Army was about to Air Strike on Pakistan.

That further raises a question, did Arab Goswami Traitor with India?

Even if he knew that a Big Air Strick is going to happen that we were also expecting at that time.

Now, the chats of Arnab Goswami reached the public and my question is for the agencies if they can be trusted? That is a big question.

Let’s move towards the astrological analysis to understand what Arnab Goswami’s Kundali says.

Arnab’s birthday is on 7th March we’ll also see what his 2021 childhood says. Currently, his childhood Muntha is of Rahu and Mangal and Mangal has been affected by the Malefic Planet.

This indicates after the 7th of March his problems will get increase and with this, if we see Chandra Dahadasha which is the last step of Guru which will continue till 27 November 2021.

Guru is sitting in the 9th place but is also Neech means along with creating a Raj Yog there’s also one Neech Bhang Raj Yog which constantly create issues.

Because Guru here is in 8th Degree which is very low which shows problems, success, and money together and legal hurdles will become more devastating in the future.

It indicates the enemies will disturb but will not be possible. Another question is – Will Arnab Goswami gets arrested in this case?

If this happens, then what next could happen? So it’s an indication that Multan is in the 10th house after the 7th of March and the Guru is on Shani’s Rashi

If he gets arrested, immediate bail is also predicted. As far as the TRP scam is concerned, this matter will go long and we can do an analysis on this later.

Talking about this chat and lot of debates will happen on multiple news channels against Arnab Goswami.

There are multiple NGO’s that get a lot of foreign funding through channels.