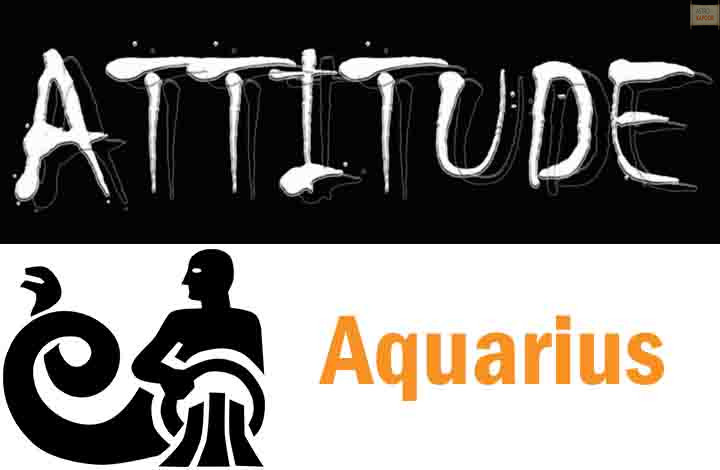 Aquarius is represented by the water bearer, the mystical healer who bestows water and life upon the land. They are revolutionary thinkers and a rebel at heart and aspire to change the world through a social radical process.

Aquarians are often identified by the non-conformist attitude and offbeat fashion sensibility. Here are 10 behavior traits of Aquarians that sets them apart from the rest.

Are you an Aquarian? Great! You will find this article interesting! Have a look!

Aquarius is ruled by Uranus, planet of Technology and innovation. Uranus stands complementing distinctive attitude of Aquarius. They are big thinkers and think beyond the wheel for implementing widespread reform. This is why they are famous for leading an aloof existence away from friends and family.

Aquarius mates are known for leading a detached existence. They are always in indulge in deconstructing conventions, dissecting knowledge, lost in dreams and thinking about other planet( out of the galaxy). Nothing more than their own fantasies excites them.

They share this ability to speak their mind and ignore their emotions. Sometimes this attitude of Aquarians hurt the people around them but this isn’t their intention usually.

When someone doesn’t agree with Aquarius point of view, they tend to get hurt.  Owing to their trait of thinking intellectually, they tend to forget and forgive people. Yes, you are safe!

Aquarians are observant of the people around them and are always in search for the gems of wisdom.  Probably, this is the reason why they tend to know everything about the person who surrounds them.

Shocked? Yes an Aquarian is over thinker! Most of the time, you can witness an Aquarian lost in his own thoughts.  They are always pondering about why they are different from other?

This factor can be attributed as one of the reason why they tend to remain single for a long period of time.  This makes them question their existence in this world. Being emotionally detached, they condemn themselves as incapable of falling in love or having a relationship.

The world is their oyster. They are all involved with the environment they surround and share deep sense of justice in reforming the unjust. This trait of theirs leads them to having an alternative lifestyle of charity and politics.

Through their natural wit and fair mindedness, they are often loved by the circle they surround. They stand for themselves and a lone fighter. They don’t compromise on their ideals and morals for freedom and independence for anyone.

Going with the flow is not something that Aquarius entertains. Being a non-conformist, they make their own rules and stick to them. You cannot cajole them from their beliefs and conduct until you have solid evidence to prove your point.

The Aquarians are innovative and unique and outside the box thinkers. Their weird dressing style and bizarre hairdos can make you freak out “what the, hell?”  This typically makes them out of the world personality.

Enjoyed reading the article? For unique and personal astrological predictions, you can contact the best Astrologer, Astro Kapoor.