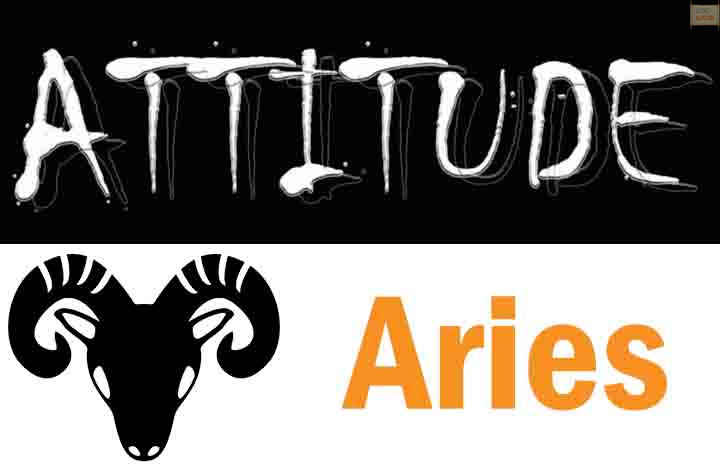 Born Between March 21 and April 20, Aries is known for Bevy of Personality traits. They are a confident leader with a cheerful disposition and relentless determination. Uncomplicated and direct in their approach, Aries easily gets frustrated with the exhaustive details and unnecessary nuances.

Let me warn you; don’t ever get into the competition with Aries! I insist never. They would rather die than kneel over.  Forthright and unabashed, Aries will go after someone they love unceasingly. Indeed Aries are Great lovers.

Aries act first and Think Later! No Personal anxiety about their safety. They just run through!

If you are an Aries reading this, then you will definitely enjoy this piece. Here are 10 attitude traits of Aries which will astonish you!  Have a quick look at it!

Aries love competition and whatever is presented before them becomes a battle for Life. But everyone has a weak streak and so the Aries.  Aries share this insecurity flaw and is vulnerable to Aries’s personality. They tend to question their conduct as are they even good enough?

Aries are known for explosive temper. Although, the outbursts don’t last for long, still it’s best to avoid the fiery ox. But when these rams are not flashing off anger they are upbeat, positive and playful creatures.

The most gullible and the trusting signs of all ask them anything and bet it you will get the most honest answers from them. But they share this internalized insecurity, self-infliction. Owing to which, they often remain insecure. They are outspoken, share no malice and bad intentions.

Aries love spreading happiness and offer shower the individuals with uninvited gifts. But you know what? Aries look the as competitors too! They are like “Happy Now? Stay Away From Me!” You just can’t guess what ruling their mind.

Aries is one of the zodiac signs who love to expose off their bravery and undertake dangerous escapades to prove it.  They don’t think twice before indulging into any battle and aren’t afraid to face the danger.

Aries’s magnetism and charisma makes them great leaders. After all, Aries enjoys being the center of Attraction and leading rules their DNA. They are extremely competitive and share potential to outnumber their competitors.

The people born under this sign tend to be independent and value their life the most. They are self-oriented and self-centered. Other people enjoy the company of Aries who are straight forward.

Aries being the inclined towards their goals and enthusiastic attract likeminded people and likes to experiment with something new and interesting. If you have something new to tell, Aries is all ears!

There is nothing worse for the Aries then getting ignored by the one he loves. Aries tend to lose temper and lash it out.  They find it hard to confess their feelings. For Aries it is like conquering the world!  If you are in love with Aries, need to keep the walls low!

Being Enthusiastic and optimistic about their ventures Aries likes to live an organized existence. They act as influencers for drawing other people into rebelling for a cause. Yeah Aries is a rebel with a cause! A rebel to put things in order!

These are the Aries behavior traits.  For a detailed analysis of your horoscope, you can contact the best astrologer, Astro Kapoor.