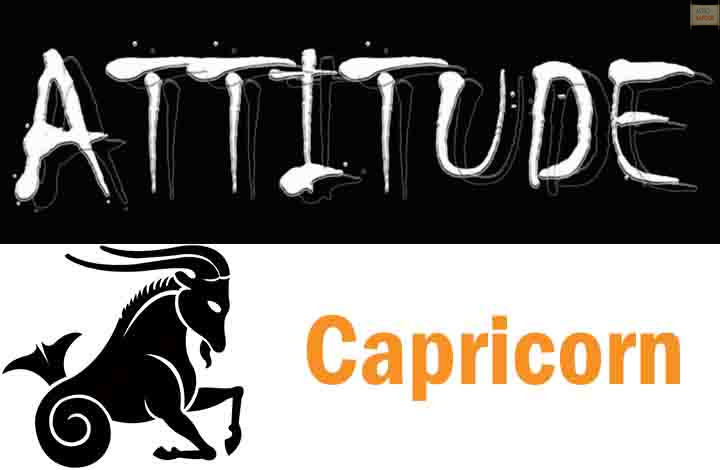 Ruled by Saturn, Born December 22- January 20, Capricorn belongs to the earth element of the zodiac sign. Capricorn symbolizes status quo. Realists and Idealists, Capricorns are very respectful of their people and are known for their patience, discipline and professionalism. Are you a Capricorn? This article is exclusively for you! Have a quick read!

Capricorns are far sighted and have clear perspective about the future. Capricorns never let themselves getting dominated by. They are determined to flaunt off their real personality. They are worldly wise characters and down to earth individuals.

Capricorns are obsessed with the word “SUCCESS”. They work hard and invest time in building their empire and detest the idea of being financially dependent. They are undeterred!

Capricorns do not expose their feelings and considers sexuality as a necessary evil. The ethical restrictions imposed coupled with inherent guilt doesn’t allows them to live a carefree existence.

If you are in anger and wants all to be quiet for a while then the Capricorns are most likely to win the battle. Capricorn can remain at peace and control their urges. They are solid like a rock in their conduct. They keep the eye on the long term prize.

One of the most humorous sign of the Zodiac but takes life very seriously. Their interesting sense of humor surprise people and catch them off guard. Owing to this humorous trait, Capricorns are likely to find amusement in situations that other finds it difficult.

Capricorns has this ability to analyze the personality and are really good in numbers. They tend to be strong and silent type and are often are the muscle behind the plan.

Capricorns believe in going with the flow and choose to remain silent even about world beating achievements. They believe in performing best and achieving the milestone, without advertising the emotions.

Capricorns are sensitive beings with literally Zero tolerance. If you happen to mock a Capricorn, you are at your own risk. They will immediately hunt those down if feel undermined by them. Capricorn never forgives and neither forgets!

Capricorns tends to be right often and fights fiercely for what they believe is right. The natives born under Capricorn tends to protect themselves and don’t suffer much harm.

Capricorn’s life is centered on well-planned goals and objectives. They are extremely disciplined and prefer to get the job done by them. Capricorn set high standards for everything owing to which they often face defeats. They are never satisfied! Power, social standing and money, is everything a Capricorn finds peace in.

Capricorns is about being ambitious and undeterred faith. Hope you enjoyed reading about Capricorn’s personality traits. You can have the personal reading of your sign by contacting the famous astrologer, Astro Kapoor.