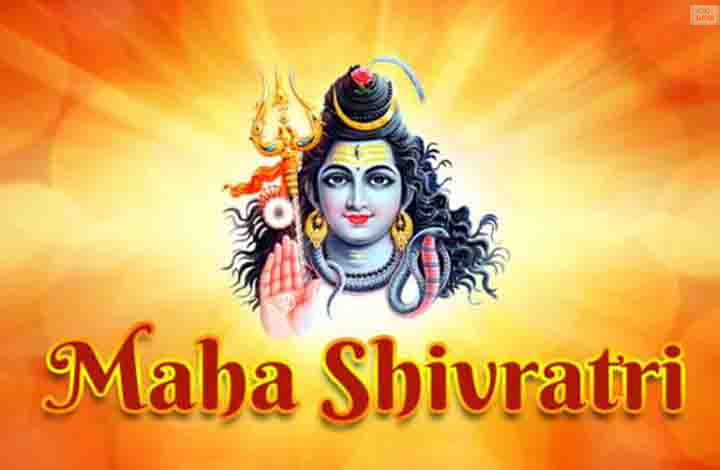 Maha Shivratri is the most significant occasion in the Indian spiritual calendar. It is celebrated on the 14th day of the dark fortnight in the month of Phalguna and marks the day of consummation of the marriage of Lord Shiva and Goddess Parvati.

This festival is considered as most auspicious for the Hindus and worship with utmost sincerity. The devotees stays awake the entire night, chant mantras and practice meditation.

Shash Yoga is being performed on this day after 59 years. On this day, Saturn and Moon will be in Capricorn, Jupiter will be in Sagittarius, Mercury will be in Aquarius and Venus will be in Pisces. Sarvatha Siddhi Yoga will also be performed one this Day.

Who is Lord Shiva?

Shiva, also known as Mahadeva, is one of the principal deities of Hinduism. He is known as “Destroyer” and “Creator” within the Hindu trinity that includes Brahma and Vishnu.

Shiva is the Supreme Being who creates, protects and transforms the universe. Goddess Parvati is considered as an equal complementary partner of Lord Shiva that is why he is also known as “Ardha Narishwara”.

According to Hindu Mythology, a devotee who sincerely worships Lord Shiva on the auspicious day of Shivratri is redeemed of all the sins and attains Moksha or salvation. It marks the remembrance of “overcoming darkness and ignorance in the world.”

By fasting and remembering Lord Shiva on the auspicious day of Shivratri, the focus is on imbibing virtues of self-restraint, forgiveness, introspection, honesty and discovering the lord Shiva.

Significance of Shivratri for Women

On Maha Shivratri, married women devotedly pray for the long life and health of their husbands while the unmarried ones pray for getting the ideal husband like Lord Shiva in the Future. Devotees observe fast all throughout the day and night of Shivaratri in honor of Lord Shiva.

According to the stories mentioned in Hindu mythology, a pot of poison emerged during Samudra Manthan. The other deities and the demons were shocked and perturbed by this incident as the poison was capable of devastating the world. To protect the world from evil effects of poison, they ran towards Lord Shiva for help.

Lord Shiva drank the entire deadly poison but held it in its throat instead of swallowing it. This made his throat turn blue, and he was given the name of Neel kantha. Shivratri is the celebration of this event by which Shiva saved the world from destruction.

Apart from the Nishita Kaal, one can perform puja during four Muhurtas, and they are as follows:

Maha Shivratri is celebrated throughout the India according to different rituals and traditions. The current Puja Vidhi includes visiting temple early morning and make sure to finish it before afternoon.  As during evening, temples are open only for worshipping and not for performing Puja Activities.

The devotees must chant the name of Lord Shiva and Mantras on the spiritual night. The fasting is concluded during the Parana time after the Puja and taking the holy Prasad.  It is believed that breaking the fast after Charturdashi gets over brings maximum benefit.

The Maha shivratri Puja is helpful in winning the blessings of Lord Shiva. Vrat puja and Vigil Puja are two main activities central to Shivratri celebrations.