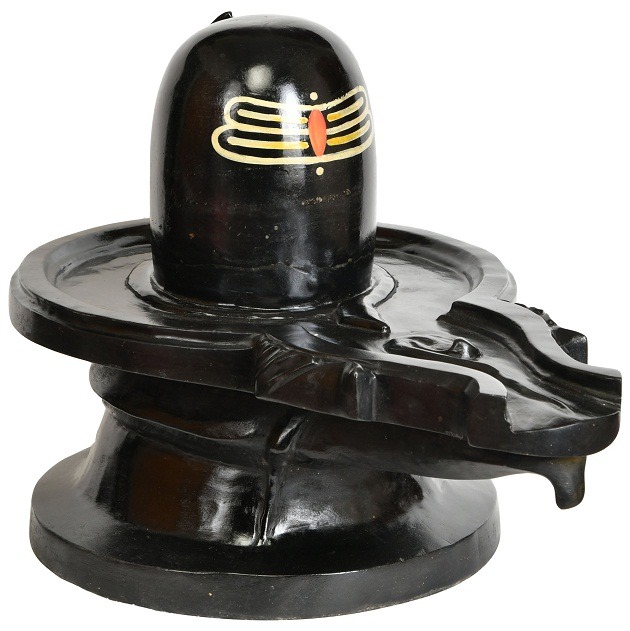 The Scientific Theory of Shivalinga

Hinduism is not against opposing Science and other religions. Science is a continuing effort to discover and increase human knowledge of the physical or material world through experiment and observation and Hinduism has the force of providing answers to the issues that Science could not.
The Lingam is shaped like an egg and represents the ‘Brahmanda’ or the cosmic egg. Shiva Linga represents the total cosmos and the cosmos is represented as a Cosmic egg and an egg is an ellipsoid depicting with the no beginning and the no end.
If we glance at the image of Shiva Lingam, there is a pillar with three marks and a Disc situated beneath it sometimes with a coiling cobra snake around the Pillar showing its fans above the pillar. The truth, which is believed behind it, is the scientific research by a Danish scientist, Neils Bohr that demonstrated that molecules are made up of Atoms consisting of Proton, Neutron and Electron. All these play a vital role in the composition of Shiva Lingam. In the previous days instead of using these English words of Proton, Neutron and Electron, the ancient sages used the words like Lingam, Vishnu, Brahma and Sakhti etc, as Sanskrit was the dominating language in those periods.
In Hinduism, the Pillar is the column of fire representing the three Gods – Brahma, Vishnu and Maheshwara and the Disc or Peedam represent Sakthi. The Disc is shown with three ridges, carved at its periphery.

According to Sage Vyasa, the author of Mahabharata have described that Lord Shiva is smaller than the sub-atomic particle like Proton, Neutron and Electron and he also mentioned that Lord Shiva is greater than anything greatest. Everything, living or non-living has originated from Shiva. He has accumulated the whole world. He is Timeless. He has no birth, no death and He is invisible, unmanifest. He is the Soul of the Soul with no emotion, sentiment or passion at all. There is a mysterious power in the Shiva Lingam that induces concentration of the mind and helps to focus one’s attention with greatness and ease. The contents of sage Vyasa describes with the instance that Arjuna founded a Lingam out of clay while worshipping Lord Shiva. Similarly, in Ramayana before crossing to Sri Lanka, Rama, Lakshmana and Sita fashioned a Shiva Lingam at Rameswaram for worshipping Lord Shiva and Ravana could not lift the Lingam after it was placed on the ground by the small boy. These events showed that God may be conceptualized and worshipped in any loved form. It is the divine power representing that all matters and here is an example that both Arjuna in Maha Bharatha and Rama and Sita worshipped Lord Shiva as Nirguna Brahman and the formless and great Supreme Being.