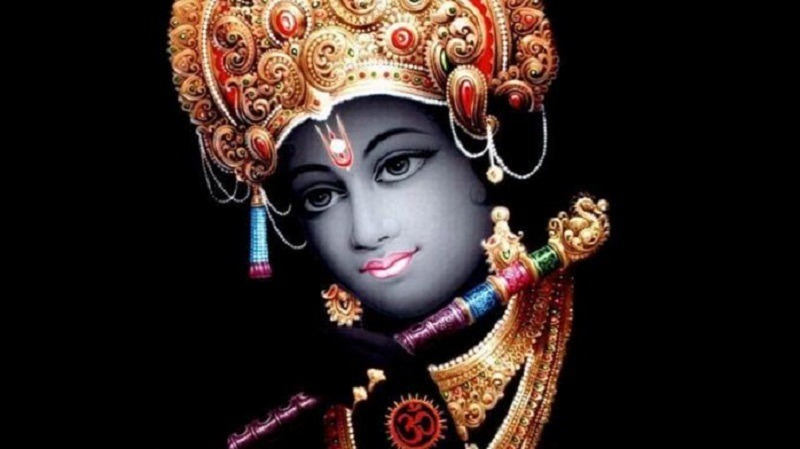 Krishna was the legend of his time. His one name was ‘ Mohan’ means ‘ bewithcinh’ and a ‘ charmer’. He is the 8th avatar of Vishnu as the cute little butter thief. He was the charioteer guide of Arjun in Mahabharat, who helped the warrior to find his path in the midst of battle.
There are some of the interesting facts which we don’t know about Krishna.

1. Krishna has 108 names.
Lord Krishna is known by 108 names among which the famous ones as remembered by the people are Gopal, Govind, Devkanandan, Shyam, Ghanshyam, Mohan, Hari, BankeBihari and Girdhari.

2. Krishna had 16,108 wives.
Lord Krishna had 16,108 wives in total, out of which eight were known as his principal wives known as ‘Ashtabharya’ namely Rukmini, Satyabhama, Jambavati, Nagnajiti, Kalindi, Mitravinda, Bhadra, Lakshmana who gave him 10 sons each. Lord Krishna rescued 16,100 women from the prison of a demon Narakasura who forcibly kept them in his prison and captivity in his palace.

3. Krishna was cursed by Queen Gandhari, which led to his death and the destruction of his dynasty.
The Kurukshetra war left all 100 of Gandhari’s sons dead. When Krishna approached Gandhari to pay his condolences, then the grieving Gandhari cursed him that he along with his Yady dynasty will perish after 36 years. Krishna was knowing that Yadav’s are slowly perishing and he said ‘ thathastu’ ( so be it ) at the end of her declaration.

4. Krishna’s skin colour was not blue, he was dark.
Krishna’s good looks are the matter of folklore, but it Is commonly depicted in the painting as his skin color to be blue. But actually, his skin color was dark.

5. Krishna brought his Guru Sandipani Muni’s dead son back to life.
After completing their education under Guru Sandipani Muni, Krishna and Balarama asked about the Guru Dakshina. His Guru told him to restore his dead son who has disappeared in an ocean near Prabhasa. Balaram and Krishna travelled to the spot where the Guru son perished, there they saw that his son has been trapped by a demon named Panchjanya which they subsequently took to the Lord Yama and asked him to restore the boy.

7. Krishna was a relative of Pandavas.
Kunti, the mother of the Pandavas was the sister of Vasudev’s, he was the father of Krishna.

8. Eklavya was Krishna’s cousin but was slain by him.
Eklavya was the son of Devsharavu. He was a skilled archer. He was the Vasudev’s brother (Vasudev was Krishna’s father). After Eklavya cut his hand by the order of Dronacharya, Lord Krishna grants him a boon to be reincarnated so as to seek revenge on him.

9. There are conflicting reports that make a suspicion on Radha and Krishna’s consort.
Krishna is said to love Radha to the point of devotion and many images are the sign showing worshipping her. But many spiritualist have mentioned that there is no trace of her in any of the ancient scriptures, be it Srimad Bhagvad Gita or the Mahabharata or Harivansham which is about Krishna’s life.

Krishna died due to the culmination of many curses. Gandhari’s curse was the main that leads to the devastation of the clan after 36 years. Krishna was also cursed second time by a sage Durvasa, when as asked him to apply kheer all over his body. Krishna obeyed but he didn’t apply kheer over his feet. Durvasa cursed Krishna saying that his death would be by his foot.