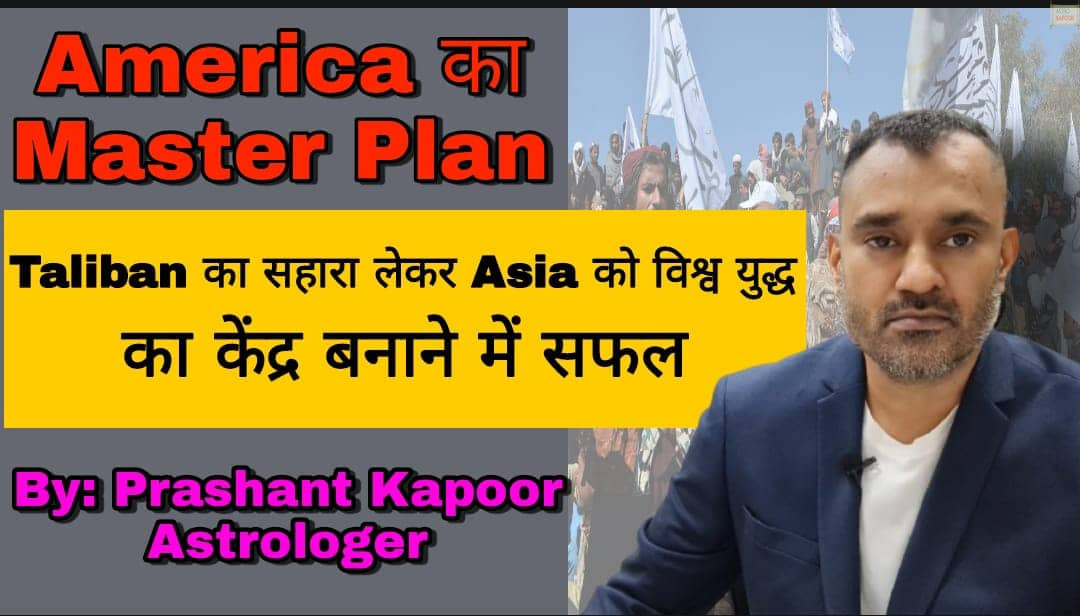 My dear viewers, we have been coming across of the recent news of Taliban attack on Kabul. Nothing is hidden from the entire world. Other than astrology factors, it is evident that America has not forgotten about the incident of 11th September 2001 and hence it has worked on the plan of Talibani domination on Kabul since long. If you all remember my earlier astrological videos talked about Taliban control over Kabul before September 2021. It is true that the world will witness collapse of one civilization after 7th September 2021(separate astrological video has been given for the same). Even though media houses are giving various information explaining this event, but my astrological analysis will focus on many reasons, purposes, motives of America which definitely will come true in near future. Let me explain my viewers with a story referred from Mahabharata. We all know that Shakuni was an enemy of Pandvas – which is not actually correct. When Gandhari – princess of king Gandhar, now considered as Kandahar got to know that her husband Dhritorashtra is blind by birth, she blindfolded herself. Knowing this, Gandhar king declared war against Hastinapur.

The result of the war was Dhritorashtra captivated Gandhar king, his son Shakuni and other ninety nine sons. Gandhar king was aware that his son Shakuni is the most intelligent among all, so he convinced Hastinapur king to release his one son that is Shakuni. While the king and his ninety sons died, Shakuni was released from jail. It is said the Mahabharata war was planned by Shakuni to destroy Kauravas. Like Shakuni the USA is the master planner behind recent Taliban control on Kabul. If we do an astrological analysis of the USA, it shows the planetary positions are conducive for America to flourish economically with numerous infrastructures within the nation. It is indicating the chance of America emerging as a superpower. Till September 2023 America will emerge as the richest nation with many opportunities. They will earn dollars from the business of arms and ammunition. The government will also adopt a strategy of indulging internal conflicts within various other nations to strengthen its own position. Because of the strong position of Saturn the USA will make its own foreign policies and enforce them on the entire world. The information given by the media is an eye wash, as the entire plan was made and executed by the American government itself. It is evident that the USA will manipulate and use Talibans for its own self centred reasons. The entire incident will have negative consequences on Asian countries including India. All my analysis shows that the forthcoming two years will be fruitful for Americans and the world will witness it to grow as a superpower. In my coming video, I am going to emphasise how Americans will actually use Talibans as weapon for their own purpose and motives.
Thank you.
Prashant Kapoor
Share this on:
Posted in: Mundane Astrology