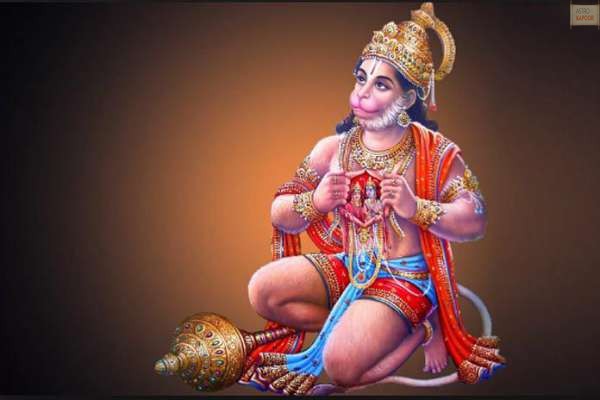 Hanuman is the celebrated monkey because he is the devotee of Rama in the epic story. The Ramayana is one of the most popular Hindu deities. This epic is an ancient and very popular among the Hindu religion.

Worshipping a deity helps one to get rid of the difficult situations of life. Hanuman represents the most powerful deity for overcoming difficulties. He is like a chariot for the person who is passing by a difficult time. He imparts faith, courage, strength and power to a person. Therefore, worshipping Hanumaan during the difficult times provide instant relief.

A common epithet for Lord Hanuman is Sankat Mochan, or a stress reliever. He represents a strong faith towards the Lord Rama. Sita and Ram always reside in his heart, and he has proved it when he rips it open.

Another popular name for Hanuman is Bajrang Bali, or the body with strength like lightning. He gives the strength and courage to get over the difficulties. He is like a lightning which strikes quickly and powerfully. He is also called the son of the Wind, and gets any work done swiftly. There is no vulnerability in Hanumaan, as he meets every challenge with the power of the name of God on his lips.

Hanuman’s power is due to his devotion. In the Ramayana the devotion to God is even more powerful than God himself. For example, Hanuman’s devotion enables him to fly across the ocean to reach Lanka and rescue Sita. This purpose of incarnation was to embody devotion and it makes sense that he chose the form of a monkey to do so in unrestricted fashion but unbounded by human laws.

Hanuman is often worshipped along with other deities and his image is usually found in other Hindu temple as well. Sometimes, he is depicted completely formless: just a rock painted red and orange.

The Subduer of Saturn and Mars

Hanuman represents Mars because he is a warrior, like Mars and also represents power, courage, strength and energy. He is associated with red colour or red-orange and the gen associated is red coral, just like Mars.

However, Hanuman is considered a good remedy for Saturn’s afflictions in the natal chart, not Mars. He is the perfect antidote for Saturn. He shows the positive qualities of Mars, like strength, courage and energy.

The best way to worship Hanuman is to recite Hanuman Chalisa, forty verses in Praise of Sri Hanuman. It nearly takes 5 to 10 minutes to recite depending on the melody and tempo. If we chant it with concentration and sincerity then it gives very beneficial effects.