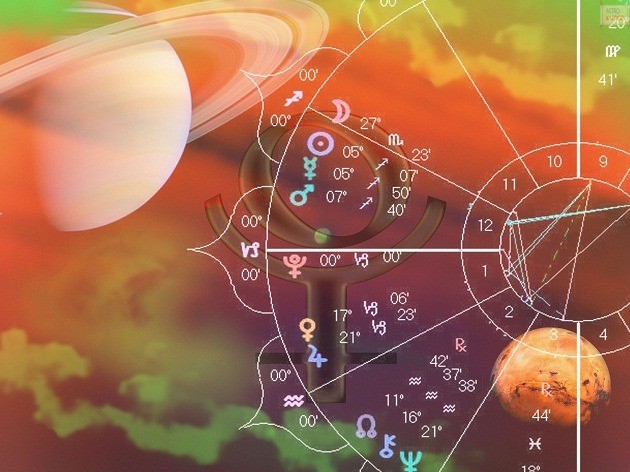 What is Indian Astrology

Indian astrology is the branch of astrology that lays stress upon the study of horoscope and the birth chart as per the Indian or the Vedic system. Lot of people are engaged in getting inputs from Indian astrology to know about their future and to make some crucial decision of their lives, it is interesting to know how Indian Astrology works. As suggested, the basics of Indian astrology stems from the study of the astral bodies during one’s birth time.

Vedic astrology believes that the position of stars and planets during one’s birth denotes the entire map of his or her world and life and also the consequences of the deeds done during the past lives.

In the very beginning of the first place, it is important to have a note that the stars and the planets do not cause what we experience in our life, but they also help us to measure and interpret them all. In this regard, it is relevant to note about the saying of Sri Paramhansa Yogananda.

Since ancient time, the zodiac chart and the horoscope are called as Kala Chakra and in other words we can say that the astrological chart of an individual is a sort of clock that helps to see the timings of our life. The astrological clock doesn’t possess the three arms like conventional clocks but they have ten hands from the rising sign and the planets including the Sun, Moon, Mars, Jupiter, Mercury, Venus, Saturn and Rahu and Ketu. The last two, the rahu and the ketu are responsible for the occurrence of solar and the lunar eclipse.

If we analyse all these observations, then a true astrologer would clearly reveal a great part of your life that also includes the instances about the progress of the person and his or her failure. It will also help to analyse the good and the ill health when you come across love relationship, when you can marry and the information about your children too.

AS per Vedas, there are five elements in total: Fire, Water, Earth, Air and Sky.

These five elements are considered while studying a horoscope, along with Constellations and Rashis or Moon sign. There is also a fifth element, sky, or ether and it is given utmost importance. Ascendant is the most effective point in one’s life because it signifies the ‘self’ and this point is ruled by the sky element.

Indian astrology is also called as Moon astrology and follows a calendar based on constellations. It consists of the Moon in the centre. Moon is associated with our mind and it is the fastest moving planet in the Zodiac and ‘no event ‘ is possible without Moon’s support. Those who know little bit of western astrology should know that there is a ‘void of course’ principle in western astrology, meaning that if there are no aspects to Moon, no event will take place. As such, both the luminaries are given equal example.

Based on the Moon sign, and the degree, minutes and seconds at the birth, those practicing Indian astrology consider ‘Dashas’ widely called as planetary periods, that were later also found in Persian astrology system known as ‘Al-Firdarai’. Indian astrology has made it very simple because everything can be divided into smallest molecule of time and among all the systems of astrology, Indian astrology has the capacity to divide time to its smallest section.

There are various Dasha system present in the Indian astrology,out of the most popular one is Ashottari and Vimshottari, but over a period of time, Vimshottari Dasha is dominated over all other Dasha system. Vimshottari system is based on ‘Trine aspect’.

Planetary transits is given importance in the Vedic system because there is Dasha system in place and many astrologers do not combine Dashas and transits whereas it is necessary to do so.

In short, Indian astrology consists of deepest knowledge of this noble and precise science of astrology, by using one we can foretell future and can take precautionary measures.

The word ‘Jyotish’ has derived form ‘jyot + isha’. ‘Jyot’  Info implies to “light” and ‘isha’ to ‘lord’. It is also known as Vedic Astrology, an extant form of ancient astrology still practiced in India. Jyotish is the instructional constituent of the Rig Veda, and as such is a Vedanga, or “body part” of the Vedas. Jyotish is called the Eye of the Veda, for its ability to see into the future. Jyotish has historically been part of a continuous “holistic” approach to living and to spiritual practice within the life of Hindus predominant in India. The birth chart cast on the Indian System is truly unique since the Indian system makes corrections for the fact that our Zodiac / Universe is moving and not fixed ( by the Big Bang theory of the creation of).

Also in Indian Astrology, it is considered that the zodiac is elliptic and not circular due to which the twelve houses in a birth chart are not 30 degree each but varying according to the time of birth. Owing to these differences the birth chart prepared following Indian system would come out different from that shown on any other system. It is also considered to be much more accurate.

In Hindu Astrology, the word Yoga has been derived from the Sanskrit root, Yuj, it means to join properly and to control judicially or to integrate. Yogas are formed when one planet or sign or house is associated and of the same kind or different kind by way of placement, aspect or conjunction. It is also the active consideration of planetary yogas and the planetary Dashas, which forms the two most important factors that distinguish Hora-Shastra or Hindu astrology from Western astrology and also lend support to the indigenous origin of the former system.

A yoga may be good or bad and the good Yogas are called as Shubha-yogas or simply yogas and the bad yogas are called as Ashubha or bad yogas simply. Raja yogas indicates a high degree of power and authority, and the Dhana yogas gives a greater degree of material possessions. Arishta yogas gives difficulties in life and Daridra yoga gives poverty. Parvarajya yogas or Sanyasa yogas gives religious merits and also compels a person to give up all wealth and material possessions to be a mendicant.

The so called natural benefics and the natural malefic are not always benefic or always malefic for all lagnas. By virtue of their own auspicious or inauspicious bhavas they are termed as Shubha or Papa. There are Arishtayogabhanga yogas that can also cancel out the bad effects of Arishta yogas and there are also Rajayogabhanga yogas that nullify Raja yoga effects. If the Sun is situated at the end of Pisces, and also be in Vargottamamsa; the Moon situated at the end of Aries; it will be in Sagittarius Navamasa; Mars in Sagittarius; Mercury placed in Leo; Jupiter in Gemini; Venus in Aquarius and Saturn in Virgo sign are called as Ucchabhilashi. The planets in this term occupy their own exaltation signs, generally give yoga results ( benefic results ), they tend to confer Royal honours and also helps to make one to position the good place in the family and own circle.