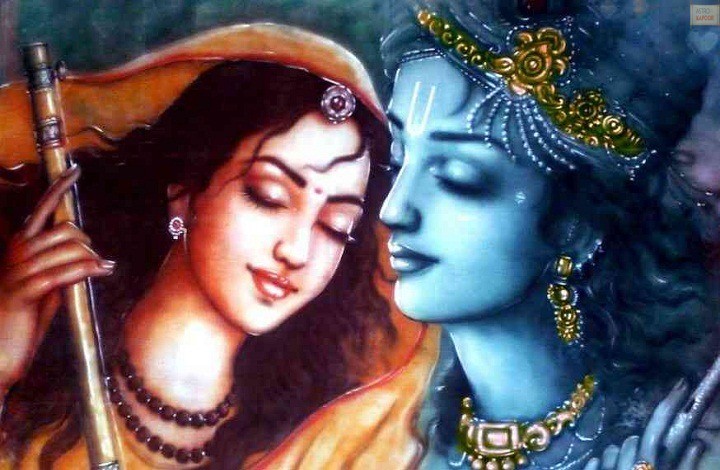 Krishna’s aura was  magnetic one and mysterious too. While his lovely games with Gopis were graceful in Vrindavan, he was a tactful warrior too. He was a yogi, a seer and an administrator. not only magnetic but also mysterious. While his heart warming games with Gopis was graceful in Vrindavan, but he was also an equally tactful warrior. He was a Yogi, a seer, an administrator, and a lover. It is not possible for us to know Krishna completely. Let’s us look into some astonishing Krishna’s myth that will leave us wondering.

The complexion of Krishna

It is believed that Krishna was having a dusky complexion, an azure blue fading into darker tones. The colour of the complexion was similar to the dusk when the sky turns blue with a sigh of darkness. But the reality is that Krishna’s complexion was neither blue nor black. His complexion is Shyam, or more precisely ‘MeghaShyamal’. It was a mixture of blue, black and white.

The fragrance of Krishna was alluring. He was known as an imposter. He always used to camouflage his identity in various shapes and forms. Many scriptures explain that his fragrance was like a jasmine flower; rather, it was a mixture of jasmine and sandal. It is also known as “Ashtgandga”.

This world is full of myths. Krishna was a combination of silky skin to the hard masculine form. He possessed both varieties of human body. At wartime he used to turn hard as Vajra.

Krishna died at the age of 119. His hairs were still black and he was having no wrinkles on his face. He remained untouched by old age that human being can survive.

How Dwarika was destroyed

If we believe Puranas and popular myth, then it is known that Dwarika was sunk into sea and thus ceased to exist. However, there is also another theory that states that Dwarika was already destroyed before it submerged into deep sea to be lost in oblivion forever.