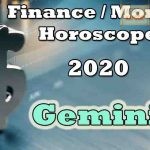 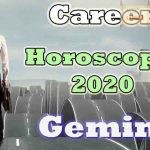 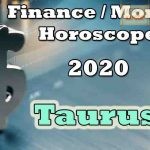 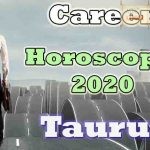 Why are Rubies Red

Red is the color of blood, and it is associated with a mixture  of human emotions that includes passion, power, strength and desire. It’s an intense color which encompasses emotional extremes which span over love and anger.

The Ruby, also called Manik, is a traditional gemstone, the gemstone for Sun.  Rubies are iconic and known and they are special for blood-red hue. In fact, the word ruby is Latin for red. Ruby belongs to the corundum family and it is the birthstone for the month of July. Burmese Ruby

Rubies are in high demand and it is obvious visible to everyone. This powerful and iconic stone is intense and more powerful than other gemstone. Rubies are bright, durable and they also retain a hardness and luster that make them highly desirable. In fact, rubies are the hardest mineral next to the beloved diamond.

Rubies are technically also known as red sapphire as it is identical to sapphire in all aspect.  We won’t come across stone as unique red as ruby stone. These stunning gems get their distinctive red color from a natural process including atoms and light. So, why are rubies red?

Why are Rubies Red?

Ruby demands the highest price of any colored gemstone. The per-carat prices of fine-quality rubies have been rising consistently, many times breaking auction records.

For better-quality material, there may be slight differences in color can make significant differences in value. For top quality color, free from eye-visible inclusions, the prices are even more.

The per-carat price of ruby can also increase dramatically as size increases, especially for better-quality stones.

Color is one of the significant factor which affects ruby value. The finest quality ruby gemstone may vary from red to purplish red color. In markets, pre red colored get the highest prices and ruby with overtones of orange and purple are very less valued. If the color is too dark nor too light, then it is considered to be the best quality of gemstone. The color of the stone must be neither too dark nor too light. If we look over the other extreme, pink sapphires are enjoy a far more competitive price than rubies. Ultimately, the most desirable color of ruby is one that you prefer the most.

The Difference Between Pink Sapphire and Ruby

Some gem dealers says that the borderline between ruby and pink sapphire. Historically, the word ruby denotes shades of red, which technically included pink. There are also lots of cultural differences in the interpretation of ruby versus pink sapphire. In some gem-producing nations such as Sri Lanka, pink colors were always considered ruby, while in many consuming countries it is well known as  pink sapphires.

Historically, the term “pigeon’s blood” refers to the red to slightly purplish or pinkish red color of rubies with a soft, glowing, red fluorescence. Traditional descriptions show that these are useful to evoke images and also help to describe color among professionals.

Over time and after experience the trade terms can conjure up perceptions of certain colors and qualities which are associated with stone’s source. However, the qualities might be typical of that source or they might represent the finest stones from that source.

New sources produce material which are very similar to rubies from classical localities and also presents a slightly different appearance, but they remain beautiful.

People in the trade world consider rubies to have some inclusions because inclusion-free rubies are practically nonexistent. Ruby value can also depend on how visible the inclusions are. Obvious inclusions or inclusions that reduce brightness which lower ruby’s value.

If large and prominent inclusions are present on the table facet, they diminish the transparency, brilliance, and value of the stone. Inclusions also limit a ruby’s durability.

Typical ruby clarity characteristics include some thin mineral called as needle. It is also called as silk. When the mineral is rutile it is denoted as silk.

Some inclusions make a gem genuine and the presence of rutile silk causes light to scatter across facets that might otherwise be too dark.